How are we doing when it comes to health care? Where are we improving and where do we need improvement? 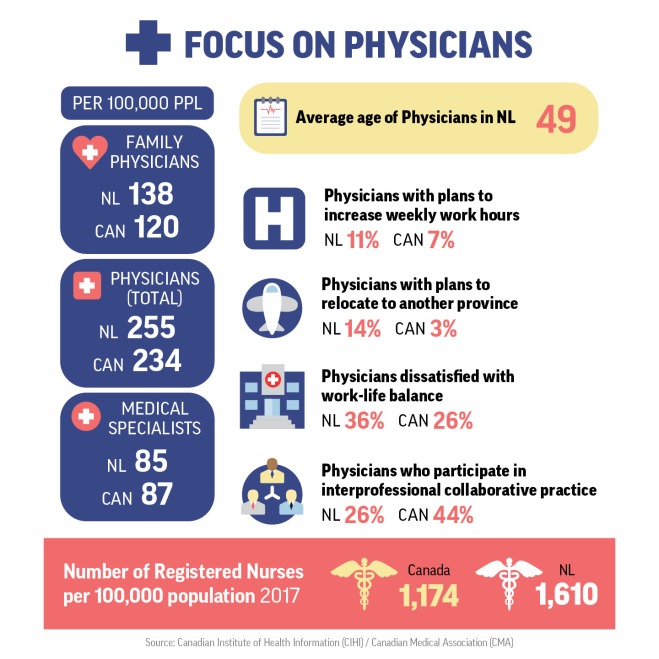 A higher percentage of NLers have a regular health care provider (88%) than the national average (85%), however, 54% of patients surveyed stated they have had
at least two family doctors in the last five years, with 41% stating the change was due
to their physician moving out of the area. Wait-times noted are only for patients
surveyed who have a regular family doctor.

NL has the second-highest alcohol spending in the country behind NWT. NL expenditure on food products traditionally high in sugar (including: cookies, sugar, syrups, candies, chocolates and soft drinks) is significantly higher than the national average. In addition, since 2010, the average expenditure on these
products has increased in NL, while nationally it has decreased.
Source: Statistics Canada 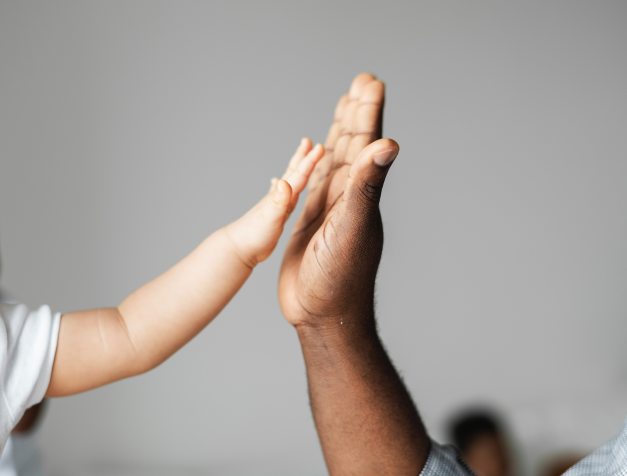 The Future of Rural Medicine in NL

Encouraging new family physicians to establish practices in rural Newfoundland and Labrador is critical, and something Memorial University’s Faculty of Medicine has been doing for decades – the medical school has even been recognized by the Society of Rural Physicians of Canada for having the most graduates choosing rural family medicine residency programs in a given year and the largest number of rural practicing
graduates after 10 years. And yet, recruitment of young doctors into rural areas is still a challenge. We know that if medical students are introduced to family and rural medicine early and repeatedly during their years of training, they are much more likely to choose it as a career option. However, once they leave medical school and begin practicing in rural areas, they have many challenges to overcome, including significant professional and social isolation.

In 2016, approximately 1 in 3 NLers over the age of 65 were prescribed 10 or more drug classes, 12% higher than the Canadian average. Pharmacists and researchers at the Medication Therapy Services (MTS) clinic, run by Memorial University’s School of Pharmacy, are tackling this complex issue of overprescribing medications, one pill at a time.

NL has the highest rate of seniors prescribed 10+ prescription classes in the country.
Source: CIHI (2016)

NL has a history of potentially inappropriately prescribing medication to seniors with the rate significantly and consistently higher than the national average. NL had the highest rate in the country in 2017/18. This indicator looks at the rate of seniors who take a medication identified as potentially inappropriate to prescribe to seniors because it poses an elevated risk of adverse effects, it lacks efficacy in seniors or safer alternatives are available. 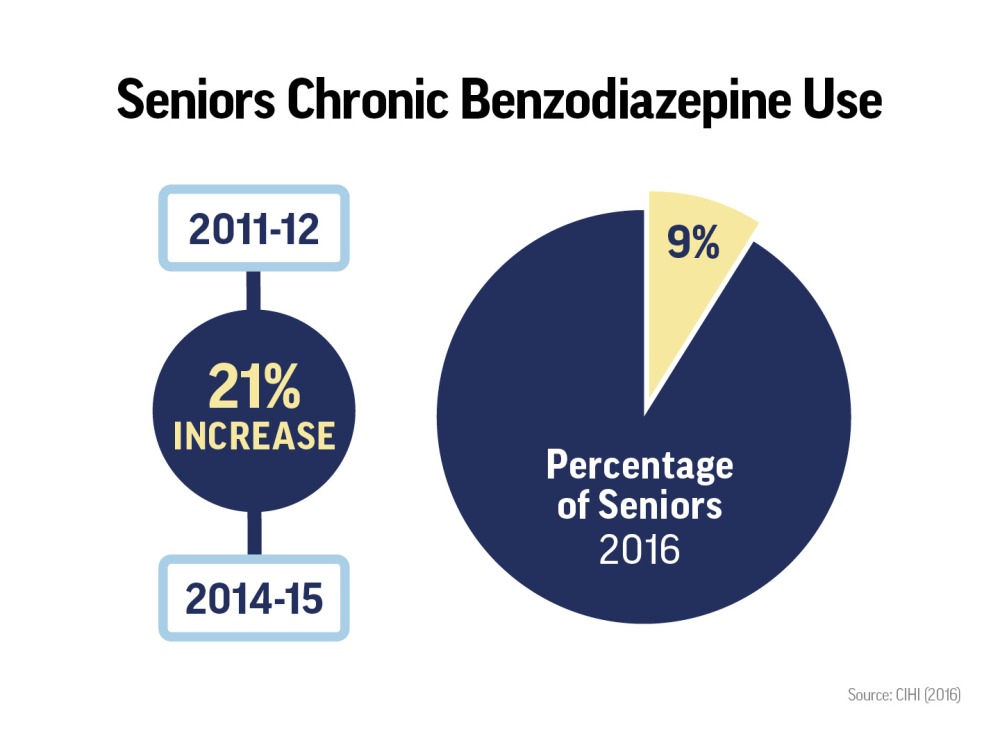 Every province except NL, PEI and NB experienced a decline in chronic benzodiazepine use among seniors between 2011/12 and 2014/15. NL had second highest increase behind NB. In 2016, 9% of seniors in NL were still chronic users of benzodiazepine, compared with 6% in Canada. Only Quebec and New Brunswick had higher rates (12% and 11% respectively). Benzodiazepines are generally used for treating anxiety or insomnia, as well as other related issues

NL had the highest rate of opioid prescriptions in the country, and one of only two provinces (NB) that experienced an increase in the rate from 2012 to 2017.